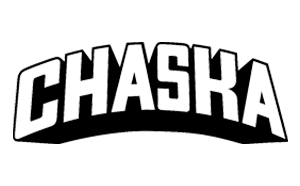 In 2019 two new Chaska locations opened in downtown Toronto, the first in February and the second in September 2019. The franchise launched a Chaska food truck in August, to cater to corporate events, special occasions and continued brand exposure. Although we missed out half of the season but it has been very successful! Also in 2019 two new La Prep social bistro locations opened, the first in January and the second in September 2019.

We anticipate the positive impact of the above achievements to be clearly felt towards the beginning of the new year through an increase in sales and profitability. We look forward to the year ahead!

THIS WEBSITE DOES NOT CONSTITUTE AN OFFER TO SELL OR A SOLICITATION TO BUY ANY SECURITIES, NOR SHALL IT FORM THE BASIS OF, OR BE RELIED ON IN CONNECTION WITH, OR ACT AS AN INDUCEMENT TO ENTER INTO, ANY CONTRACT OR COMMITMENT WHATSOEVER. VISITORS TO THIS WEBSITE WHO ARE CONSIDERING MAKING AN INVESTMENT IN A SPECIFIC SECURITIES OFFERING ARE REMINDED THAT THEY MUST NOT MAKE ANY DECISION ON THE BASIS OF INFORMATION CONTAINED IN THIS WEBSITE BUT, RATHER, ONLY ON THE OFFERING DOCUMENTS RELATING TO THAT PARTICULAR SECURITIES OFFERING. PAST PERFORMANCE IS NOT AN INDICATOR OF FUTURE PERFORMANCE.
Go to Top